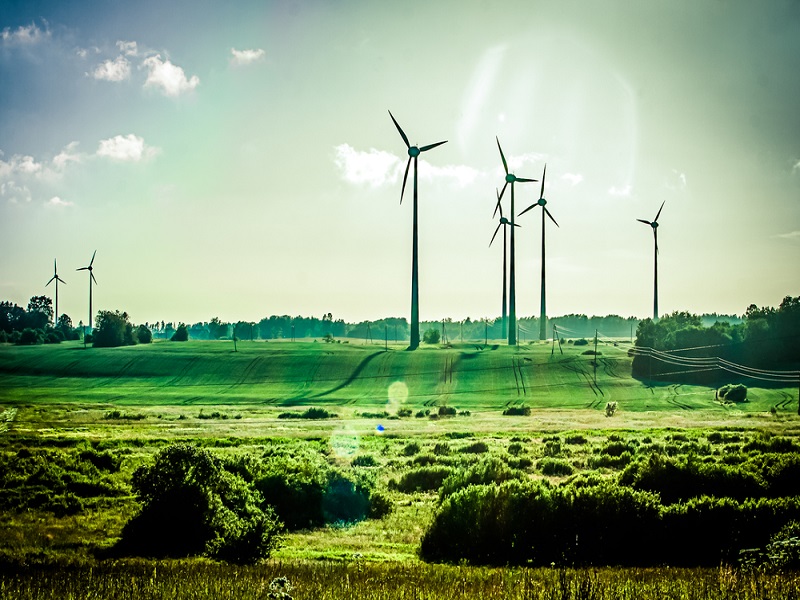 Bitcoin mining is a topic of heavy debate around the world. Not just because the difficulty keeps increasing, making existing mining hardware outdated rather quickly, but also because of the sheer energy consumption. As a result of the lower Bitcoin price and rather high electricity costs, many miners and companies have moved their operations to other parts of the world. But what if the existing wind hardware we have right now – used to generate electricity – could be drastically more efficient? 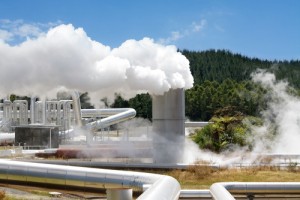 Electricity costs are rather high in most parts of the world. With the average price per kilowatt-hour ranging anywhere from $0.06 to $0.35, it is nearly impossible to break even if you are mining at home, let alone make a profit. And with the Bitcoin mining difficulty on the rise more often than not, existing hardware is being pushed to the limit in order to gain a competitive edge over other miners.

As a result, most companies have moved their operation to more favorable conditions, such as green energy solutions in Iceland. And companies like BitMain – who develop the AntMiner Bitcoin ASIC hardware – can buy electricity in bulk for their data center and deploy their own hardware in order to get a leg up over the mining competition.

No matter how you look at things, renewable energy seems the clear way to go in turns of Bitcoin mining. Not only will this reduce the energy consumption through traditional means, but it will also spur new innovation and excitement in the energy sector. By the look of things, wind energy hardware may be the first sector to be targeted.

Not only have researchers been looking into various ways to make wind hardware more affordable, but they also want to make it more efficient. In order to do so, a lot of tests and simulations are being run on how turbines interact with the power grid, and how they interact with each other as well. 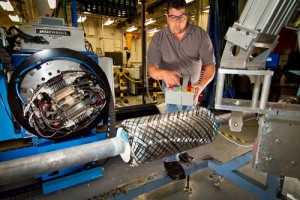 Renewable energy comes in many forms, and wind energy is one of the most interesting experiments to date. However, there are still quite a few kinks to work out, such as positioning turbines in the correct prevailing wind direction. To put it in simple terms: the current wind turbine farms are not running at optimal performance, which is something that requires looking into in order to take renewable energy to a new level.

“What we found by more accurately modeling the wake management is that you can actually reduce the amount of power that is coming out of the first turbine and let the other turbines participate more in the power generation. And by doing that as a team, that means as a bunch of turbines put together, we are able to see close to a one percent increase in the annual production of a wind farm.” – GE Bangalore’s Kannan Tinnium told the media.

But that is not all, as GE is also experimenting with the option to store energy by using wind hardware. Similar to how solar panels work, additional power would be saved in a “battery”, which can be used whenever the weather conditions are less fortunate. However, a lot more testing needs to determine whether or not this would be a viable addition to the renewable energy scene. 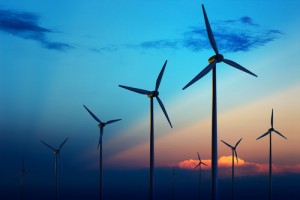 At this point, there are not too many mining operations looking into renewable energy just yet. And for those who have done so, wind energy is not exactly at the top of the priority list. The only exception to that rule is Iceland, as the entire country’s electricity grid is running on renewable energy, in the form of geothermal hydroelectric power.

All in all, wind turbines have not been considered a valuable source of renewable energy for Bitcoin mining operations just yet. However, if GE manages to create some sort of “battery” to store additional power, that story could very well change over the next few years. Using electricity seems to become a thing of the past slowly, and alternative solutions are needed more than ever.

What do you think about mining with renewable resources? Comment below!