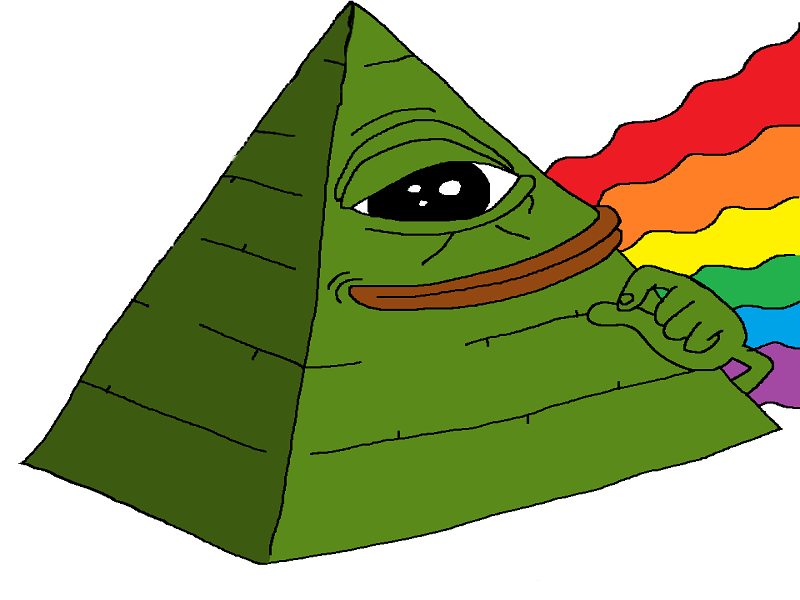 Is Rare Pepe the killer app for Bitcoin? In 2009, it would have been hard to imagine that the cryptocurrency’s blockchain could morph into a Disney Land for satirical amphibians. But now Pepe, a frog-based meme created in 2005, has seen resurgence as a card game turned cryptocurrency.

Also Read: Bitcoin Price Drops: Where do We Go From Here?

Rare Pepes, playable as “RarePepePRTY,” a card game reminiscent of Magic: The Gathering, poke fun at the ridiculousness of the hundreds of altcoins on the market, many of which are pre-mined or with non-transparent rules.

The cards have grown in popularity as recent global events send electrical shocks through our collective cultural waves, sparking imagination channeled through rarer and rarer Pepes, each of which has a limited amount in circulation and are traded online.

Remarkably, despite their silly nature, Pepes have even been turned into Counterparty assets, now able to be traded on the Bitcoin blockchain for real money.

Although seemingly absurd, Bitcoin Foundation chairman Brock Pierce remarked that, “If the game is fun, then the cards may have inherent value.”

A Satirical Indictment of the Altcoin Markets 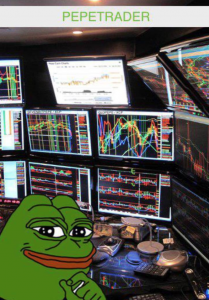 If the prices of these altcoins continuously rise, then the creators profit greatly while acting on inside information and essentially creating a money-like substance out of thin air. Often times, the technology to support these coins does not even exist yet, or the coins alternatively fully pre-mined, meaning that the creators can hand them to whomever they want. This phenomenon is known among crypto traders as a “pump and pump.”

In what can be seen as a satirical jab at this growing ICO culture, Rare Pepes create a metaphorical representation of the pump and dump absurdity and legitimizes it through the use of the Bitcoin blockchain’s immutability.

“Fungibility of in-game assets is a valid use case of the Bitcoin blockchain in which the Counterparty protocol provides,” said Rare Pepe enthusiast and artist Shawn Leary.

“Our first priority is to have fun,” he continued. “The serious stuff is the work being done by the artists, game and wallet developers.  While having fun, we are showing the world one of the only valid uses of a blockchain.”

Leary said that RAREPEPE as an asset makes more sense, and has more utility and creativity than any other altcoin and “blockchain database” project in existence. In effect, although silly, Leary said that Pepes “[push] the limits of blockchain and cryptocurrency as we know it.”

Pepe’s have a cultural component as well, with each Rare Pepe card having a meme in its picture. These reference many historical events relevant to the cryptocurrency community. The pointed messages contained within Rare Pepe cards are popular among early Bitcoinists. Rare Pepe cards are a creative, funny, and unique to make a political point while also serving as a fun item to trade.

Moreover, the Rare Pepe movement demonstrates the absurdity that we have arrived at in terms of the lack of transparency and accountability in the altcoin space. Sure, Bitcoin has been taking up the majority of the spotlight with regulators, but what about groups that continuously create altcoins, sometimes with the intention of only pumping up the price to benefit themselves? The Bitcoin-Blockchain is unique in that it is a fully proof-of-work based system that has an astronomical amount of computing power to secure its network. 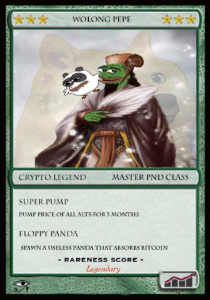 Each Pepe is its own coin, and anyone can create one. Thankfully, this phenomenon is proving a point that anyone who creates a digital asset with non-transparent rules around mining, verification, redundancy, and distribution is doing a disservice to the cryptocurrency movement more largely.

The best part of this movement is the passion for this funny meme is contagious and addicting.  The ongoing joke of the meme is the rareness of any Pepe artwork.  So notarizing the rareness on the Bitcoin blockchain is, as Theo Goodman said best, “is a blockchain revolution.”

Particularly with the recent election of Donald Trump, “MemeMagic” has shown the power and potential influence behind their collaborative efforts.

So get your dankest memes ready. . .Rare Pepes are here to stay.

What do you think about the emergence of Rare Pepes? Tell us in the comments below!

Ryan Strauss is an avid writer and Bitcoin fanatic who has been involved with the cryptocurrency space since 2012. A 'crypto-industrialist', Ryan is also the author of #100DaysOfBlogging. Follow on Medium.com/@ryanstr.

Dogecoin Vs Cardano, Which Is The Better Investment?