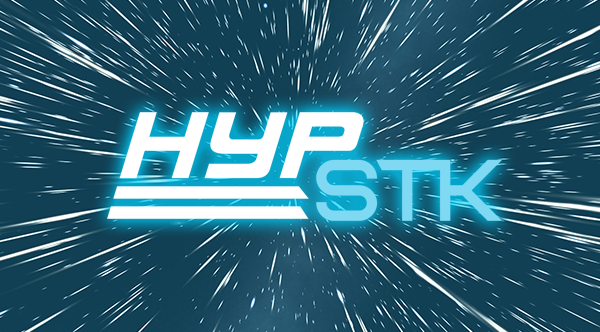 Hyperstake: A coin with 750% annual POS

When I first contacted presstab, the developer behind hyperstake, I was first looking at some POS journals regarding people who were making quite dividends investing into high POS rate coins like TEK, HBN, as well as Hyperstake. Immediately it caught my eye with its 750% POS rate. Curiosity got the best of me and I was glad presstab was able to make this happen. 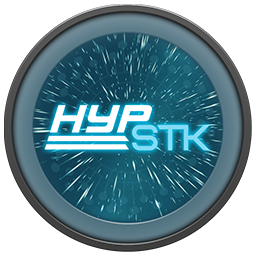 I was doing some freelance coding work for a few other coins and always wanted to add features and forks that would simply not be acceptable for other coins.  I teamed up with David Latapie, and we spent several days brain storming the economics of a 750% Proof of Stake coin.

We decided that we would be able to successfully create the economic framework for such a coin and that we could gather a modest community for it and decided that we should launch.  A few days later HyperStake was live.

HyperStake can be categorized as Proof of Stake, and more specifically as high reward Proof of Stake. There are several coins in this market, such as TEKcoin, BottleCaps, and HoboNickels.  What makes HyperStake unique is its generous 750% annual reward, which comes out to about 18.5% every 9 day stake period. But unlike other high PoS coins, HyperStake has decided to put strict inflation controls in through the maximum stake reward of 1,000 HYP.

Other coins use NovaCoin Stake, which decreases the stake reward based on the difficulty, but unfortunately this system does almost nothing to rein in inflation because any user can throw 25% of the coin supply into a wallet and stake it all at once with absolutely no affect on difficulty.

We are also much different because our community is so friendly. Our bitcointalk thread hardly has any complaints, and has typically technical discussion, rather than the average “HYP to the m000n” type of discussion. We attract friendly people looking to have some fun, rather than serious investors seeking the next big crypto-currency (although they are starting to catch on too).

HyperStake has been labeled since day one as an “experiment”.  This has been a successful approach because users know that this is a test and that they can expect large staking rewards, but there is in fact risk involved. We expected much more accusations of hyperinflation fears and the typical FUD, but so far everyone has really accepted our inflation control model and taken HyperStake at face value.

HyperStake’s inflation control is really based on two things: the maximum stake reward and the block time.  The maximum stake reward means that each block staked can receive a maximum of 1,000 HYP. This has encouraged our users to do a bit a math and split their HYP holdings into smaller block sizes (about 1,500 – 4,000 HYP blocks).  This allows the user plenty of room to stake within 9-15 days and still get the annual reward rate of 750% without hitting the ceiling, but is also has the impact of slowing down inflation because less of the HYP holdings are staking at once and instead stakes over several days.

The block target speed of 90 seconds really will play a large role in controlling inflation in the future. If in the unlikely incident that everyone were to hit the maximum reward for every stake in one day, the money supply could grow by about 960,000 HYP maximum in one day (1,000 HYP * 960 blocks per day).  This means we actually have a hard limit to the number of HYP that can be added to the money supply.

To give a little bit of context, in the last day 247,000 HYP have been added to the money supply (25% of maximum allowed), over time we will approach the 960,000 HYP added per day until that becomes the rate of money supply growth through perpetuity.

The value gained from staking HYP needs to be considered a bit differently from the average coin. In a way, HYP’s stake rate is not 750%, it is a number that is decided by the market.  This number equals the cost you bought HYP for in BTC compared to the amount you are able to sell your HYP for after accounting for your staking.

Currently, if you bought in at our launch and have staked, the market has decided that this is close to a 1000% value gain (at the current market price). But if you were to buy at the top of a market wave, you could in fact lose some value if you do not compound your stake for a few months.

Focusing on gaining value through stake is something we try to avoid within our community, and instead we really try hard to make the focus of HyperStake to be about the coin and wallet technology, and of course our community too. The market exchange rate should not be the main focus of any coin, and if it is then something is wrong.

We have a lot planned for the future. We have recently released the most advanced version of Coin Control that the crypto-currency community has ever seen, and have already seen other coins begin to clone our code.  We will continue to focus on Coin Control features, as well as adding the ability to automatically split and combine blocks, which will make the staking process much less of a burden for large holders.

We also are working on a fully customized GUI that will allow the user to select from several pre-made themes, as well as customize their own theme on the fly. We do have a few other ideas up our sleeves that will fix some of the common issues seen with all Proof of Stake coins, but at this point those are all internal discussions.