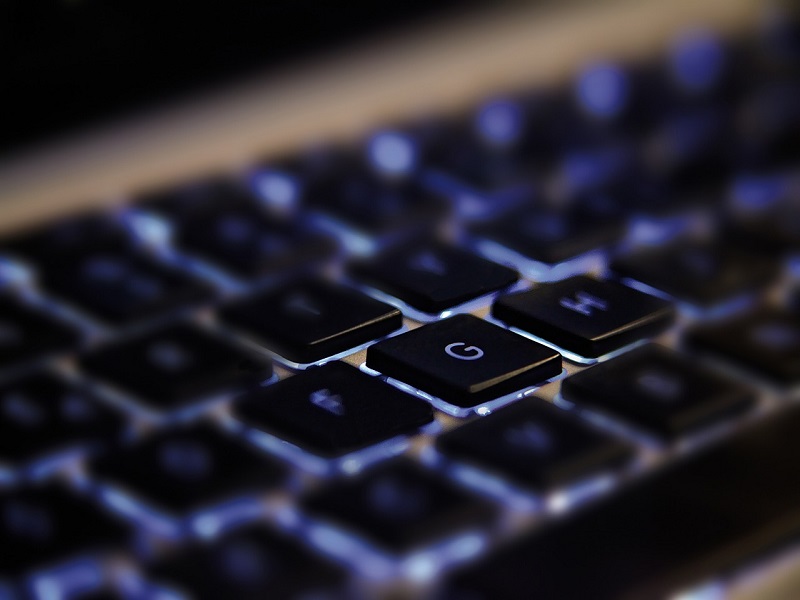 On February 29, BitGo engineer Jameson Lopp tweeted a screenshot of the /r/bitcoin front page, capturing ironic frustration coming from redditors posting on a board controlled by Theymos, notorious for censoring any anti-Core discussions about the Bitcoin block size.

The top post on the screenshot was titled, “Is there a stress test going on right now?”, the user wondering if testing could be the cause for slow transaction times. Just below that post a redditor stated, “six hours, still no confirmation with 0.001 fee?” At the bottom of the screenshot, a redditor asked for help cancelling a transaction that wasn’t receiving any confirmations. 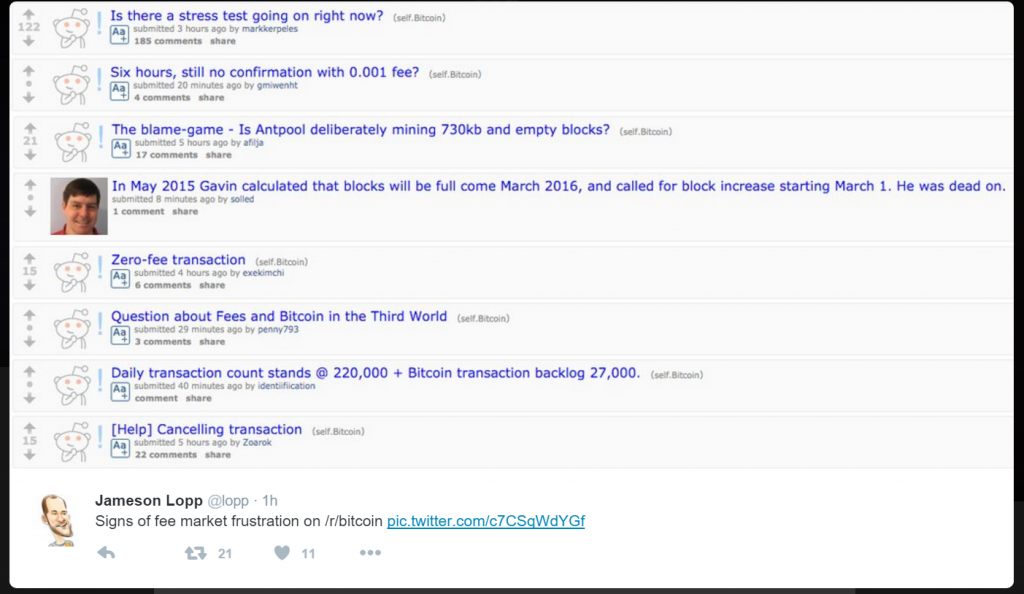 These concerns all surfaced for the same reason: blocks are nearing the 1 MB limit. Many people, including Gavin Andresen, have warned about the consequences of the 1 MB block size limit for quite some time. However, Theymos, everyone’s favorite Bitcoin community dictator, has stifled any conversation regarding raising the block size across all of his social media assets. BitcoinTalk, /r/bitcoin, and the Bitcoin wiki are all void of discussion and information on proposals to hard fork the blockchain to implement bigger blocks.

Consequently, blocks are filling up fast, and we are nowhere near reaching a true consensus on what to do about it.

Although Theymos can’t take all the blame for the petty politics of the Bitcoin community, he has certainly contributed his fair share to obstruction to the discussion. His desire to make Bitcoin a low volume, high cost payment system for huge transactions is the antithesis of what Satoshi meant his network to be: a decentralized payment solution capable of revolutionizing global finance.

A small minority of the community side with Theymos’s and want to keep small blocks. Their arguments range from mining profitability to node centralization, which they stand by despite extensive analyses that suggest block size has nothing to do with any of these issues.

This minority has succeeded in gumming up the consensus-based, democratic process of changing the Bitcoin protocol. Core developers have been too afraid to implement changes to the protocol because of potential backlash from the community, and BIPs that propose hard forks to execute block size increases have been censored and contested.

The faction dedicated to stopping block size increases want off-chain solutions to scalability, arguing that things like the Lightning Network and private accounting will alleviate the stress put on the blockchain. But these alternatives are centralized, and at their core are no better than the financial institutions that Bitcoin was meant to replace. Off chain transactions require trust in the company holding your coins, making them no different from banks that handle our money. The Lightning Network, as Gavin Andresen has pointed out, is vaporware at this point, and will not be functional until long after bloated blocks make Bitcoin unusable.

Despite evidence and well-worded arguments, politics and obstructionism abound. Very little progress has been made. Even the consensus reached at a February 21 roundtable discussion is in jeopardy because of community drama surrounding the infamous Blockstream. And while the conversation is still mostly ground to a halt, blocks are filling up, and people are complaining about it in the same place where the naysayers said we had nothing to worry about. The epitome of irony.

Even so, improving wallets would be a temporary fix; even with the most efficient fee calculations possible, most people will eventually get priced out of the market as fees skyrocket. This isn’t a wallet issue in any sense of the word, it is a protocol issue being gridlocked by unnecessary politics.

As sensationalist as it sounds, the fate of the entire Bitcoin ecosystem may very well depend on the outcome of the block size debate. One solution will allow for blockchain scalability to preserve decentralization; the other solution will turn Bitcoin into a trust-based, permissioned payment system, and it may not even be able to achieve that in time.

Something has to happen, and the recent drama surrounding scalability and consensus on Bitcoin Classic suggests that something needs to happen fast.

Do you think we will reach consensus in the block size debate? Let us know in the comments below!