What started out as a relatively quiet week ended in tragedy, as news of Mike Hearn abandoning Bitcoin sent the community into an uproar. Following this announcement from Hearn, the price fell below $400, and even found itself in the $350s for a brief time. Overall, the price declined by 15.54% this week, and most of those losses occurred during the shock caused by Hearn. 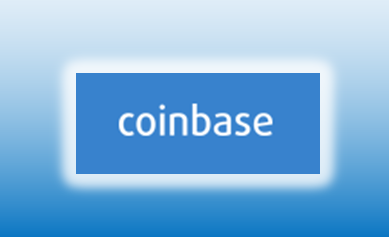 The week started on January 11, 2015 with the bitcoin price sitting at $449.60. With the markets determined to hold on to the $440s range established last week, the price stayed within the mid $440s for the rest of the day after falling out of the high $440s in the early morning.

Meanwhile, in the news, Bitcoin developer Peter Todd surprised the community when he revealed that he successfully completed a double spend attack against Coinbase. Todd took $10 from Coinbase and purchased Reddit gold for Jeremy Gardner of the Augur project. Coinbase is a popular wallet provider and exchange service in the bitcoin community — especially for newcomers — so the concerned reaction from the community was understandable.

Tuesday opened at $446.52, and proved to be the last day of the $440s range that Bitcoiners enjoyed for some time. Trading activity was remarkably flat for the majority of the day. Starting at 6 PM, though, there was a large bout of selling, and the bitcoin price fell into the $420s.

On Tuesday, we reported on another development in the drama surrounding Theymos and his policies of censorship in the Bitcoin-related assets that he controls. Coinbase was reinstated on the Theymos-controlled Bitcoin.org. This reinstatement comes after the company was removed following an announcement that Coinbase planned to test BIP 101 — more commonly known as Bitcoin XT. BIP 101 is the implementation drafted by Gavin Andresen, and would change the Bitcoin protocol to accommodate for large block size increases. Theymos has stood firmly against Andresen and BIP 101, removing any discussions regarding the implementation from r/bitcoin on Reddit, and BitcoinTalk.org.

Bitcoin rose to the low $430s at the start of the 13th and established a holding pattern in the high $420s-low $430s range that persisted for the entire day.

January 14 began with the bitcoin price at $431.07. The markets held in the low $430s for most of the day. However, during the evening hours, a massive price drop commenced. The price began dipping slightly at 5 PM, and by the end of the day the small decline turned into a massive selloff. By the close of the 14th, the price had fallen into the low $400s. This sudden decline can be attributed to former Core developer Mike Hearn’s dramatic exit from the Bitcoin community. In a blog post, Hearn declared Bitcoin “doomed” because of a supposed inability of the community to reach consensus on the block size debate. Hearn said that since the network refused to accept his and Gavin Andresen’s XT proposal, the block size problem would continue to get worse until Bitcoin died. Citing mining centralization in China and issues with Chinese network infrastructure and regulation as additional pitfalls, Hearn stated that he decided to sell all of his coins and leave Bitcoin for good.

January 16 started with the bitcoin price at $371. As the community began to process the news from Hearn, it seems like traders composed themselves, and the markets stabilized. The decline bottomed out at $4352 in the early morning; afterwards, what looked like a recovery got underway. The price rose steadily throughout the entire day, reaching the high $380s in the evening.

What do you think will happen with Bitcoin in the coming week? Let us know in the comments below!