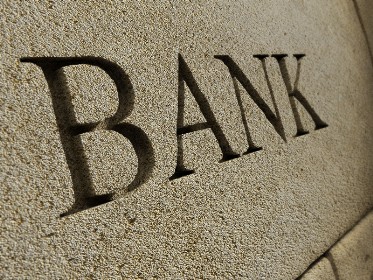 Bitcoin and Banks? Things to Come.

As we pointed out in our previous interviews with a lot of highly educated and important people inside the financial sector, the banks are looking at Bitcoin and its technology. Recently some banks have come forward into admitting that they are “looking into Bitcoin and the blockchain technology”. 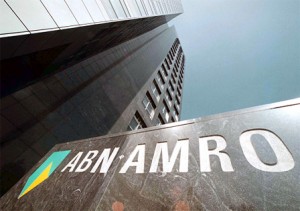 Among these banks are 3 Dutch banks: Rabo Bank, ING and ABN Amro. It is true that the Dutch government and financial oversight commissions have urged caution with the whole digital currency. Nevertheless our predictions from last year have rung true. We said in many articles that the banks, though some are vehemently are “against” crypto currencies, are actually implementing the same strategies as they did when dealing with stocks. Simply put: if the banks are saying “no don’t do it it will crash and burn” they mean the exact opposite.

Again our determination and future projections have been 100% correct so far. We did predict that banks at the time were looking into Bitcoin and blockchain technology.  This was confirmed at the time by many internal sources that the author of this article has access to. It does come to no great surprise that these 3 banks are “looking into Bitcoin and the blockchain technology”. Could it be that were these 3 banks that were responsible for the recent volatility of the Bitcoin price? It is a possibility because banks have a certain “manoeuvring room” when it comes to day trading and the legality of said actions.

So what do these banks mean with the phrase “looking into Bitcoin and the blockchain technology”? According to many sources inside and outside these 3 banks: Rabo Bank, ING and ABN Amro are looking toward Bitcoin and the blockchain technology  because they need to “renovate” their current operating systems. In the bank institutions words: “We, the banks, are faced with competitors from outside of the traditional financial sector, who have come up with new solutions. If we ignore these developments, that might lead to surprises, which is undesirable … As banks, we have a lot experience in the field of providing customers with security, and we’re currently testing the combination with Bitcoin.”

Now it is true that banks, in most people’s eyes, are still the best and most secure way to store your earnings. Banks are recognized by governments all over the world, have generally a high standing and trust and their security measures seem to be extraordinarily good, etc. at first glance. Most of these banks forget that it was they who instigated the financial crisis by mismanagement, not enough oversight and transparency (or the lack thereof). 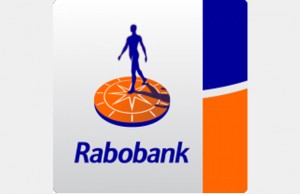 Let us also look at history of the banks objectively. There have been crashes, banks that go bust, etc. let us also not forget that most of these banks did receive crucial currency injections when the times were tough during the height of the financial crisis. Some might say: when the going gets tough the tough ask the government for more money. We find this a bit harsh but the banks aren’t as secure as one might think.

We have a special treat for all our readers. We have a specialist that is joining us now that has a very high function inside a huge international bank. For obvious reasons we do not reveal her identity or the bank that she is employed at. Let us see what she has to say.

“We in the banking community have been following the development of these “digital currencies” for a couple of years now. Bitcoin came on our radar in early 2012. At first we didn’t know what to make from it. We tried to do some good research but failed somewhat because the information available was very biased at best. It did continue on that some path of biased information until some real news sites that, at least in the beginning, were objective.

Suffice to say that we at our international bank are sifting through the news, though we particularly like the smaller news sites like Bitcoinist and CryptoArticles. Both sites have excellent writers that know how to write articles and inform people of new without all the biased baggage.

Furthermore I like to add that your analysis of the banks have been fairly on target so far. I will not go into detail on the strategies of the banks. The louder they yell NO it actually means YES, when it comes to finances, day trading and confusing the “competition” and people alike.

How do you think Bitcoin and Bank relationships will change in 2015?

Serge, aka Sergio, has been travelling the world since he was 6. Thailand, India, Sri Lanka, Malaysia, Singapore, java, Sumatra, Bali, Japan, US, Entire European region, etc. are a couple examples of his travel destinations. He has been curious about different cultures and practices. This curiosity has led him to pursue a couple of university degrees. Serge has a couple master’s degrees from top European universities. While attending university, he wrote a lot of scientific papers concerning socio-economic and financial developments in the past and present. During his studies at university he offered his free time up to do volunteer work, along with some friends. They helped the homeless get back on their feet ( some of these "homeless" now have small companies of their own and Sergio has good connections with them). It was at during his studies at university, in 2009, when he first heard about "Bitcoin". Being a coin collector and economic expert, he was intrigued by it and is active in the Bitcoin and digital currency community ever since. He translated the Bitcoin comic from Spanish to English and he is also using his connections to get the comic into the Belgian and Dutch comic market, he is an official member of the Belgian Bitcoin Association and he is a freelance investigative journalist that has written under his own name as well as under a pseudonym for a multitude of news outlets. After graduating he was immediately hired by the university that he graduated from. After moving on from that research position he was hired by a famous European think-tank as a researcher. His hobbies are: dancing (from Argentine tango to Zouk), collecting coins and determining them, writing articles, translating, proof reading and doing scientific research. In 2014 Sergio and Jp combined their forces and created the crypto news outlet called Cryptoarticles. Sergio attended most of the European Crypto currency conferences, where he made a lot of connections and friends along the way.