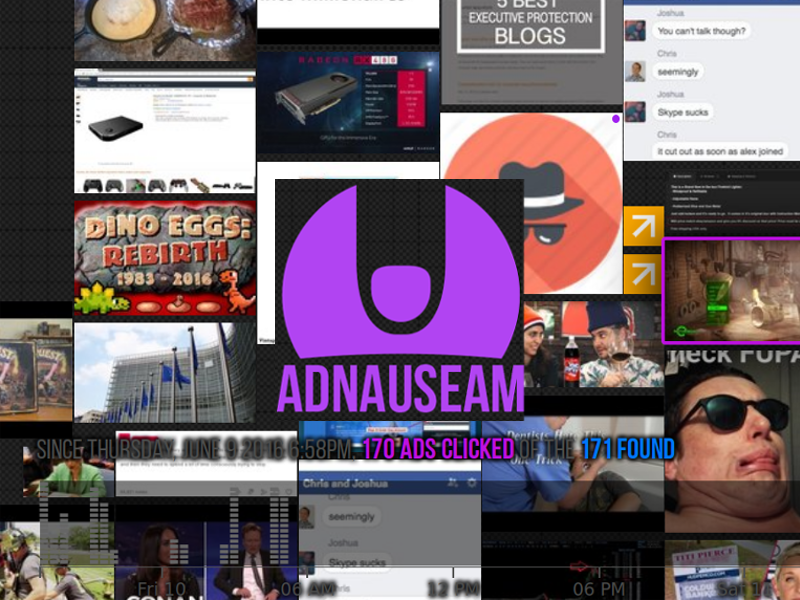 A new Privacy add-on for the Firefox and Chrome web browsers is taking a scorched-earth approach to ad-blocking. The aptly named AdNauseum is an open-source fork of uBlock origin, that implements more extreme features in an attempt to increase its effectiveness. Catering to those that take issue with the newer, more moderate (and arguably less effective) ad-blocking methodologies, like Brave’s built-in ‘ad-replacement’ solution, and adBlock plus making a distinction between ‘non-invasive’ ads and your regular fair on a sponsor model, the new add-on takes things just as far in the opposite direction.

What makes AdNauseum unique? Well, instead of simply blocking ads and ignoring page elements that deploy tracking cookies and scripts, it silently clicks every, single one of them before blocking them entirely. This extra step, in practice, feeds useless noise to advertisers that invalidates parts of their profit model instead of just ignoring them. The stated reason for this escalation is to help in “amplifying users’ discontent with advertising networks that disregard privacy and facilitate bulk surveillance agendas.”

The core idea of AdNauseum revolves around data obfuscation, a concept in internet privacy whereby randomly generated data is fed to tracking services in an attempt to invalidate data collection of individual users. This methodology differs from traditional privacy software because it hides or replaces user data with what amounts to useless noise. Data Obfuscation is seen as preferential in circumstances where privacy measures can be profiled or simply blocked, (a common issue with ad-blocking software) as it makes these privacy measures harder to detect. This method of data protection has been implemented by similar privacy add-ons in the past, like TrackMeNot and Blender.

AdNauseum add-on also eschews centralized data collection, which offers a clear advantage over Brave or AdBlock +, as both of these services collect varying amounts of data from their users. This new add-on is worth a look for those that value their privacy as well as dislike looking at ads.

Questions or Comments Regarding AdNauseum or Data Obfuscation? Leave them Below!