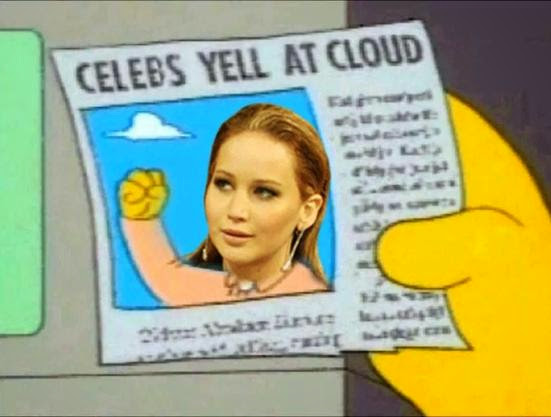 The Fappening, Brought to You By The Information Marketplace

by Daniel Krawisz
in Bitcoin, News
3

Combined with the emerging information markets, crypto anarchy will create a liquid market for any and all material which can be put into words and pictures. —Timothy C. May, “The Crypto Anarchist Manifesto”

Just when things had got about as boring as they could possibly get, the celebrity nude photo leaks came along to give the world an inkling of the new world that Bitcoin ushers in. After speaking to an informant who watched the Fappening unfold on 4chan, I can report a theory which some 4chan anons believe explains what happened and which I agree seems to be the most likely possibility, given the facts now available. If it is true, then it is far more interesting than the media realizes and Bitcoin is at the center of it.

The first photos were leaked more than a week ago, but they were censored. People could pay bitcoins to get the uncensored versions. On August 31, an anon on 4chan began posting uncensored nude celebrity photos with a bitcoin address. This is when the things got out of control. Soon thereafter, similar threads appeared. Some were copycats just trying to scam bitcoins off people, but others had new photos not before seen publicly. For the next two days, more and more celebrity photos were leaked, and there are now over one hundred celebrities identified in the leaks.

The interesting thing that needs to be explained about the Fappening is why there were apparently many different people all leaking at the same time. The theory that has emerged in 4chan is that there was a secret group of people who had been trading nude celebrity photos for years (sort of like what the NSA does to normal people). It was a small group that valued secrecy, and one could only get in by having a new celebrity photo. Because people grew their collections by trading photos for photos, not everyone had the same collection, and the photos were not distributed among all members. The original leaker was a member who no longer valued secrecy like the rest of the group. A Daily Mail article reports on the theory in a little more detail.

If this is true, then Bitcoin explains exactly why the events would have unfolded as they did. Before Bitcoin was a thing, it was difficult to mass market the photos. Consequently, the collectors traded with one another in kind at first, but later they began to use Bitcoin. However, once Bitcoin becomes a thing, mass distribution became possible. When that happened, secret trading clubs became obsolete. Once one of the group members began to leak some of his own photos, others quickly decided to jump in because they realized that their collections could soon be worthless. They did not know which of the items in their collections were also known to the original poster, and which would soon be leaked, so their incentive was to try to get money for what they had as quickly as possible.

This is all pretty cruel to the celebrities who were embarrassed, but it’s a win for Bitcoin. The message to anyone paying attention is clear: you can do things with Bitcoin that cannot be done with ordinary money. I recently wrote an article called Bitcoin’s Shroud Subtlety and Allure in which I described how Bitcoin makes conspiratorial group cohesion more difficult. If the Fappening took place as I described, then this effect is right at the center. The possibility of getting bitcoins by releasing secrets caused the group to fall apart. The world has changed; it is much more difficult to expect a confidante to keep a valuable secret. Once again, however, the whole story needs to be treated with caution until more facts come out.

The danger of the Fappening is that most people still believe that the way to deal with every social problem is to make a government edict against it and to punish the perpetrators, but building up the kind of state power necessary (though not sufficient) to counter this sort of thing inherently means restricting speech. They will not actually succeed, but it would be a lot nicer if they did not even try.

Photos are just data and transmitting data is free speech. No one should be prosecuted at all other than the hacker who originally tampered with Apple’s servers in order to steal the photos (who may not be the same person as the one who distributed them). Instead, this event should teach people to be more careful about data security. We shouldn’t store all our information together in one location with an organization that keeps all the encryption keys. That creates a target. If the celebrities had their own encryption keys, or if they stored their own data, it would have been much more difficult for their photos to be collected by hackers.

Daniel Krawisz received his master's in physics from The University of Texas at Austin in 2010 and is now pursuing a master's in software engineering there. He has been involved in Bitcoin since 2011 and writes articles at nakamotoinstitute.org. Bitmessage: BM-NBPVwY5A26MtyfbHyh4UfA4Hn76DamAP