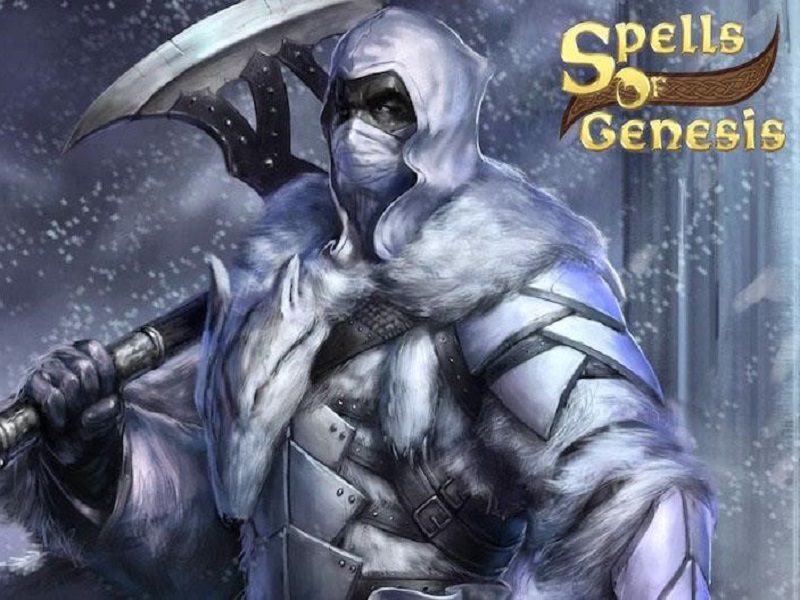 Own Your Deck in Spells of Genesis

To the casual observer, trading cards died as soon as Al Gore “invented” the internet. Gamers know it’s been quite the opposite; cards went digital and business is booming. Spells of Genesis, on of the latest trading card games to hit the market, thinks it has a unique advantage over other games.

This article was provided by the Vanbex Group.

It’s not just trading card games (or TCGs) like Hearthstone: Heroes of Warcraft either. Sports games like Madden NFL 16 lets you buy, earn and play your cards at will.  Problem is as soon as a new Hearthstone or Madden comes out your hard-earned card becomes obsolete.

TCG gaming studio EvedreamSoft believes there’s a better way. A path that allows the studio and community to co-own and co-build its assets: Spells of Genesis (for iOS and Android devices).

SoG was created with all the spells and whistles you love and expect from the genre (for a preview of the gameplay and controls, click here), but uses the growing Bitcoin digital currency to ensure cards can safely be traded, sold and tracked however you see fit.

So how do you go from card player to card owner in Spells of Genesis (SoG)?

Buying-in to Bitcoin With Spells of Genesis

Buying Bitcoin is like setting up a PayPal account. Once you’re registered, you can transfer funds to Bitcoin which then lets you buy BitCrystals (BCY), SoG’s in-game currency. The BCY allows you to buy and sell SoG’s digital cards like their cardboard competition.

All transactions are tracked using the blockchain – think of it like a public bank statement that never disappears – and any completed transaction is tracked. There are no takebacksies in Spells of Genesis!

If you sell some cards and have a ton of BCY, convert those ‘crystals back to Bitcoin and send it back to your account. Making real coin in SoG is that easy. No black market trading or dealing with shady merchants.

Card Shopping at the Merchant Market

While non-blockchain (off-chain) cards can be earned randomly by summoning gold in game, blockchain cards are offered for purchase through Merchants – the 7-Eleven of SoG.

However, like the Premium Merchant, some Public cards can be had using Free Assets and not BCY, which brings us to…

Free Assets are represented by different minerals such as coal, tin, copper or iron and each asset will have three stages (e.g. iron1, iron2, iron3). The different minerals can be acquired as rewards while playing SoG for a specific achievement, moving up the leaderboard, or exchanging your own blockchain card (e.g. you could get one copper1 for a SARUTOBICARD).

Once you have enough minerals to meet the asking price, the Free Asset card is yours to wield!

Obviously, successful gameplay in Spells of Genesis comes down to combining the right cards and using the right strategy. But the added addiction will be in collecting, owning and selling your rare deck.

Nearly 9,000 cards have already been solid for a total of over 3,600,000 BCY. While huge franchises like Madden and Hearthstone still have digital cards in the Stone Age, SoG is bringing its deck to the future: Its players’ hands.

You can test ride the SoG beta at http://spellsofgenesis.com/play.