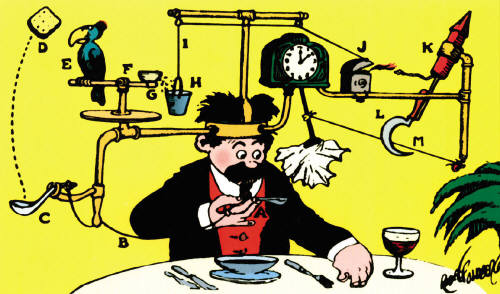 by Bitcoinist
in Altcoins, News
0

Appcoins. What a great way to fund an open source project, right? The idea began with Mastercoin, but seems to have jumped from there to become its own meme. You just create an app, and then make it less convenient by creating a cryptocurrency (or “appcoin”) that is required to use it, some of which you sell to investors to pay for development of the app. There’s no way that couldn’t work! It’s just like selling stock in a company, right?

Wrong. As will be shown, whereas the value of a stock is related to the value of the company that issued it, there is no such connection between an appcoin and an app. For this reason, appcoins should be considered a fraudulent investment and are therefore inappropriate as a means of funding open-source projects. Furthermore, once the arguments in this essay become well enough understood by investors, it will be impossible to properly fund a project by selling an appcoin because the price will rapidly tend to zero.

The Value of a Stock

A stock is a contract between owners of an enterprise which grants its bearers the right to a portion of the liquidation value of the company and to any dividends that it offers. Consequently, there is a logical connection between the growth of the company and the value of the stock. The higher the probability that a company will increase the value of its net assets, the higher the expected price of its stock, and vice versa. Hence, a stock is a perfectly legitimate investment if the company issuing it is not fraudulent.

The Value of an Appcoin

Because any appcoin must compete with Bitcoin, there is inherently an aversion to holding the appcoin rather than Bitcoin. This means that an app can always improve by transitioning to use Bitcoin instead the appcoin.1 Furthermore, since we are talking about open source projects, it is always possible for anyone to fork an existing app and make the changes himself. That alone should eliminate the expectation that any appcoin could ever be a good investment.

Even if the app could somehow be prevented from being forked, the service it provides would still be improved as people become able to hold the appcoin for shorter and shorter periods before using it to interact with the app. If people can buy the appcoin and begin using it immediately, and with no hassle, then the app is more convenient than if using it requires a larger commitment of time and hassle because of the appcoin. The network will therefore evolve to make this the case, if the app should become popular enough to make this a useful improvement.

But necessarily as a given number of users learns to hold their appcoins for lower and lower periods of time, the value of the coin must decrease and the price of app services in its own appcoin must increase. Suppose there were, say, 100 people sharing 1000 appcoins at a given time with about 10 each, and they learn to get rid of their appcoins to use the service twice as quickly. Then it must be more like only 50 people sharing 1000 appcoins, with 20 each. Even if the user base increased rapidly, it could not for long counteract the incentive to make appcoin insignificant to the app user.

Not everyone buys the appcoin to interact with the system, however. Some buy it as an investment. However, after understanding the economics described in this article, investors will no longer be so innocent as to see value in an appcoin. An investor could not ultimately expect to make a return on an appcoin given that there is an incentive to disconnect the coin from the app. Once that happens, the appcoin is simply another altcoin.

Furthermore, the more that investors realize that other investors also understand the worthlessness of appcoins, the less successful will the appcoin be as a method of funding projects. If there are not enough gullible investors to buy the coin, then the developers can sell as many as they want without raising enough money. The only reason they can be used now is that the issues are not yet generally understood to be a scam. However, that is precisely what they are. It is grossly unethical to sell something which adds no value and which can be expected, always, to become worthless in the end.

Appcoins are a terrible idea. And furthermore, this shouldn’t require such a deep analysis to realize. They are clearly just a needless complexity. Why would I want to use different money for my gas, food, and rent? This defeats the whole purpose of having a money economy. How can these appcoin proponents think they’re accomplishing something with that? It’s like they’re trying to invent a barter system again except improve it by adding trade barriers and a bunch of imaginary extra goods that aren’t useful for anything but that people are required to trade with for some reason.

In fact, it’s not like that. It’s exactly what they’re actually doing. Appcoins are pump-and-dump scams disguised as Rube Goldberg machines, so don’t get fooled.